By Francois Nel April 22, 2015
The next Digital Editors Network meeting on June 9th will look at new digital platforms for news - but will also explore how innovative media organisations are grappling with and rethinking the news experiences they create there. Which new formats work best now? What are innovators planning for next?  Hosting the discussion is just such a forward thinker’: John Crowley, The Wall Street Journal’s Digital Editor for Europe, Middle East and Africa.

Speakers at the meeting on the 17th floor of News Corporation’s UK headquarters at London Bridge will include the BBC World Service's mobile Apps editor Trushar Barot on why his WhatsApp experiment convinced management to develop a formal instant-messaging news strategy; Tom Phillips on what new formats work for Buzzfeed and what ’type' of coders they are looking to hire to build them; why Edward Miller of Immersiv.ly believes that the end of Google Glass is just the start of virtual reality; and how Quartz engages audiences with data (and how you can too use their open-source tool Chartbuilder).

Participants will also get a sneak preview of the Innovations in Newspapers: World Report 2015 due out the following week.

Discussions will be co-chaired by the DEN’s convenors François Nel, director of the Journalism Leaders Programme at the University of Central Lancashire and a Visiting Fellow at the Reuters Institute for the Study of Journalism at Oxford University and Nick Turner, Digital Strategy Manager at the CN Group. The event sponsors also include the editorial management software company Desk-Net. Speakers at the Spring meeting, which has been tagged as #formatDEN, are:

Trushar Barot is Mobile Editor for the BBC World Service.
John Earner is the CEO and co-founder of Space Ape Games, a two-year old mobile gaming startup in central London.
Blathaid Healy is the UK editor of Mashable which recently announced the Mashable Collective.
Edward Miller is responsible for the visual content strategy for Immersiv.ly, a startup based around telling the news in virtual reality.
Tom Phillips is Editorial Director for Buzzfeed UK
Juan Senor is a partner at Innovation Media Consulting Group based in London and a Visiting Fellow at Oxford University.
Inga Thordar is a Senior Editor on BBC World News who worked on the steering group of the BBC’s Future of News project.
Cassie Werber is a London-based reporter for Qz.com

DEN participants are a lively bunch who enjoy robust, frank conversations. For that reason, we'll not be streaming this meetup live and observing the Chatham House Rule.

The programme on Tuesday, June 9th, will run from 2pm to 6pm at The News Building, 1 London Bridge Street, London SE1 9GF, with registration opening at 1:30pm and conversations afterwards spilling over into a networking reception that wraps at 7:30pm. Participants may also want to join the speakers for dinner at Balls Brothers at Hay's Galleria.

REGISTER NOW for one of the 75 spaces at: http://formatden.eventbrite.co.uk .

We aim not to charge for DEN meetups, though a donation of £10 or more is invited to cover expenses. [If money is too tight to mention, give us a shout]. Dinner is £35, which includes wine, and reservations must be confirmed by June 2nd: http://formatdendinner.eventbrite.co.uk

DEN is a community, not a conference. Since 2007, the Digital Editors Network has worked to link media innovators, whether they work inside, outside or alongside mainstream media organisations. You can connect with DEN by liking our Facebook page, joining our LinkedIn group, or following us on Twitter @DENupdates or this blog.

If you'd like to contribute ideas, speak, host, sponsor or collaborate on a future DEN meetup or workshop, contact the convenors François Nel at digitaledtitorsnetwork @ gmail.com or  Nick Turner at nick.turner @ cumbrian-newspapers.co.uk

zerry ht said…
Yeah that’s really great! I hope you’ll be successful in this project. Well dear if you want to organize your meetup quite professionally then I would suggest you to hire a good corporate event planning firm. They’ll provide great services for your meetup!
8:14 am

Rosie Taylor said…
Changed the setting of your outlook account but, still getting junk mails in that. This time you should contact the technicians at 0800-090-3921 toll-free number to get the proper solution. Outlook Customer Care Number UK

Loved all that you shared, and you are right, one cannot deny the power of Google. I simply love it and am part of a number of
communities too. The point you mention in your post sand blasting machine manufacturer in India that are very useful for me. I understand the way of the attractive to the customer with the products.

They are similar to small communities that you own - check them out if you haven't already.It's all got a lot better than before!t.

Thanks for sharing. Have a nice week ahead.

They are similar to small communities that you own - check them out if you haven't already. It's all got a lot better than before!t. Value that list of thousands but I'll get there.

Thanks for sharing. Have a nice week ahead.
Visit at : www.gritblast.co.in 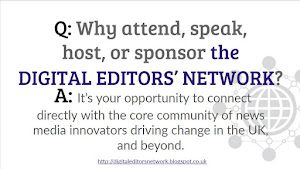 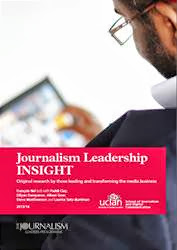